Who says that Italians are too apathetic? What happened earlier today in Milan is evidence to the contrary.

Despite the freezing temperatures, thousands of Italians gathered in piazza della Scala to voice their dissent and outright rage, aimed at Prime Minister Silvio Berlusconi, who has been at the center of numerous scandals – the most recent involving allegations of orgies at his main residence with dozens of prostitutes, many of them underage. Who, in exchange for silence, received lavish gifts and free housing. The list of other illegal activities that the PM has been involved in is so long it could fill an encyclopedia. So much that his antics have permanently tarnished Italy’s image abroad. The theme of today’s meeting was: “Restoring Italy’s dignity” – men and women were asked to gather at 3 PM in Piazza della Scala wearing white scarves to symbolize mourning for the fate of their country. Here is a collection of photos that I took. 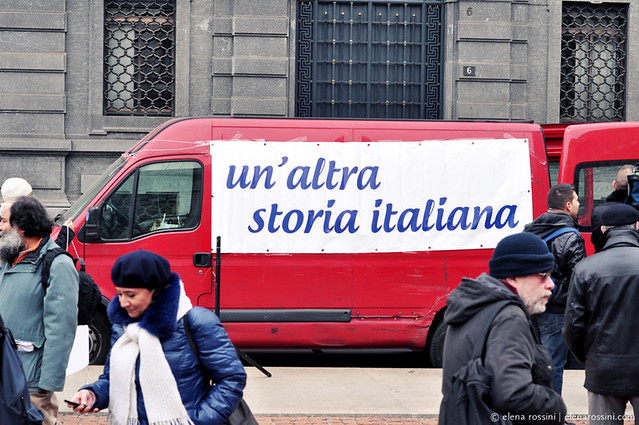 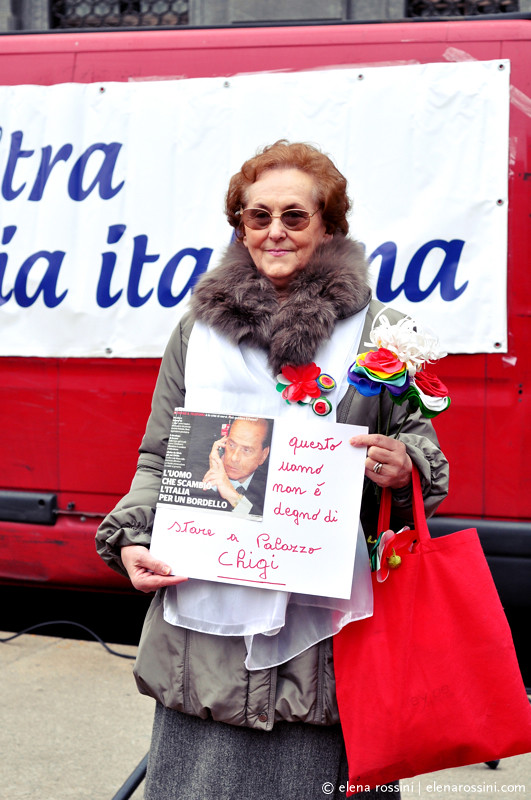 “This man is not worthy of Palazzo Chigi” (n.b.: the official residence of the Prime Minister in Rome) 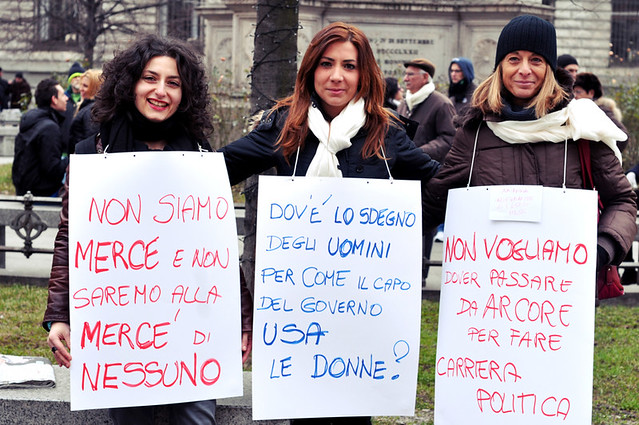 From left to right, their messages read “We are not someone’s property and we won’t be at the mercy of anyone” – “Where’s people’s indignation at how the head of the government exploits women?” – “We don’t want to be forced to pass by Arcore to become politicians” (Arcore is the town where Berlusconi lives and where he has had many of his infamous parties). 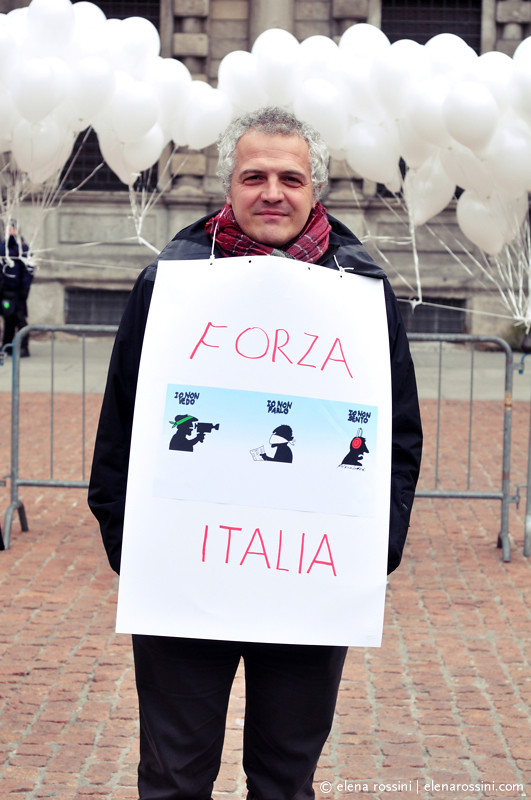 “Go Italy – I don’t see, I don’t talk, I don’t hear” (“Forza Italia” used to be the name of Berlusconi’s political party) 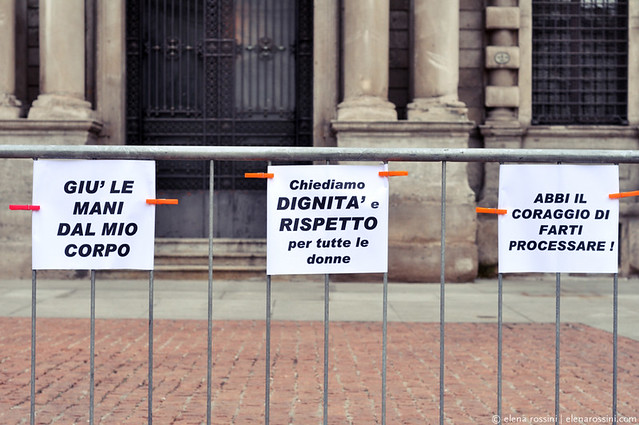 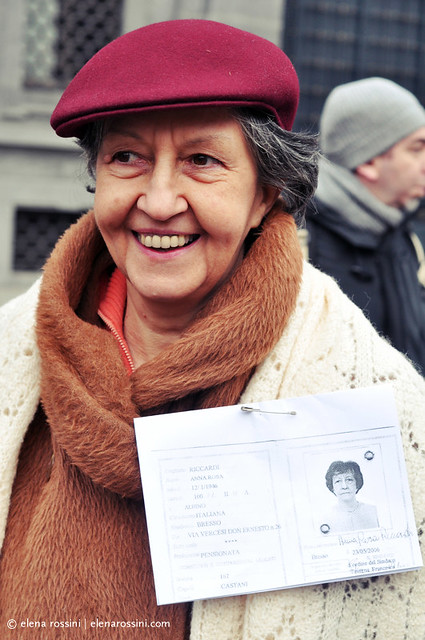 A woman carrying a photocopy of her I.D. 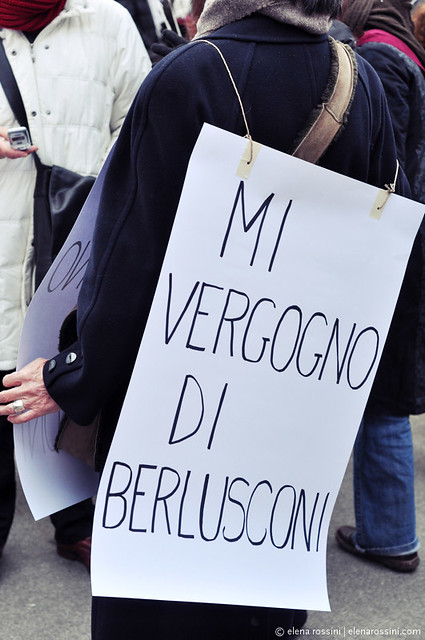 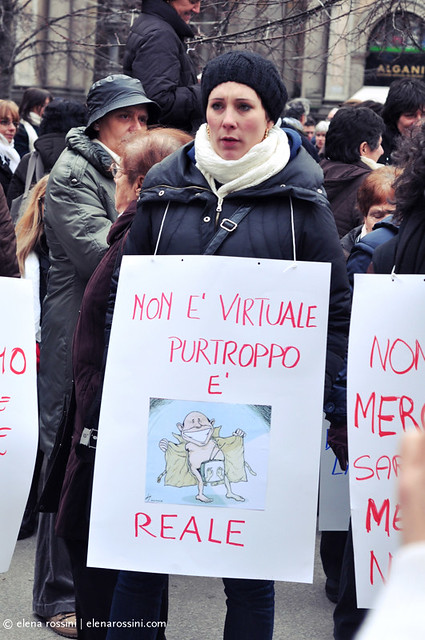 “It’s not virtual. Unfortunately this is real.” 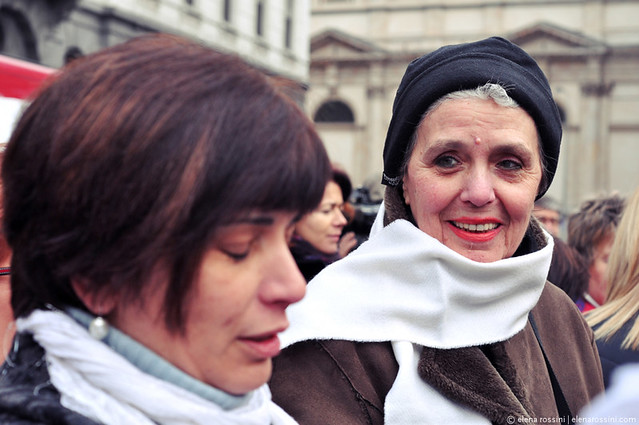 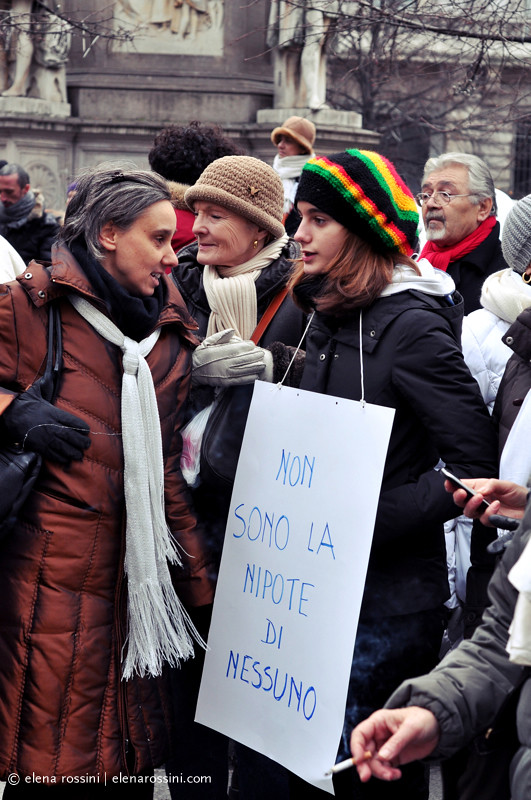 “I’m nobody’s niece” – a sign that refers to the lie Berlusconi told to Italian policemen who had arrested one of his underage prostitutes for petty theft. In order to have her released, Berlusconi said the girl was the niece of Egyptian president Mubarak. 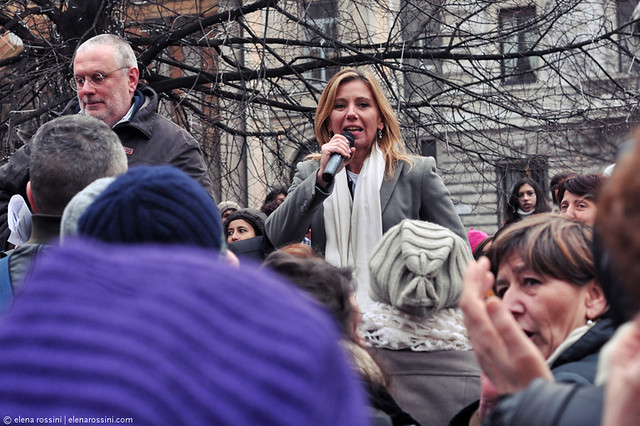 Concita de Gregorio, the editor in chief of the daily L’Unità. Many people spoke: politicians, actors (reading testimonies sent in by people from all over Italy), journalists and authors. There was a feeling of indignation in the air. The words “shame” and “ashamed” were repeated many times, along with the exhortation to stop equating prostitution with success. There were also words of hope: of a future that could start now. With an act of rebellion. One thing is necessary: to speak up. 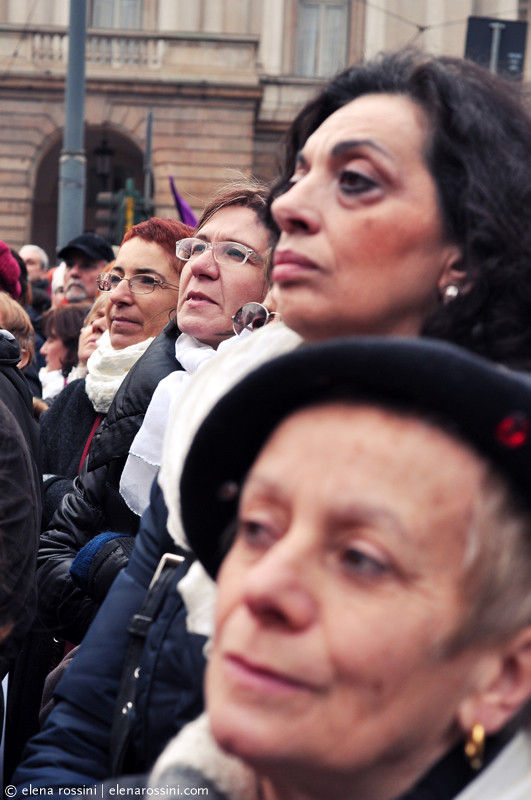 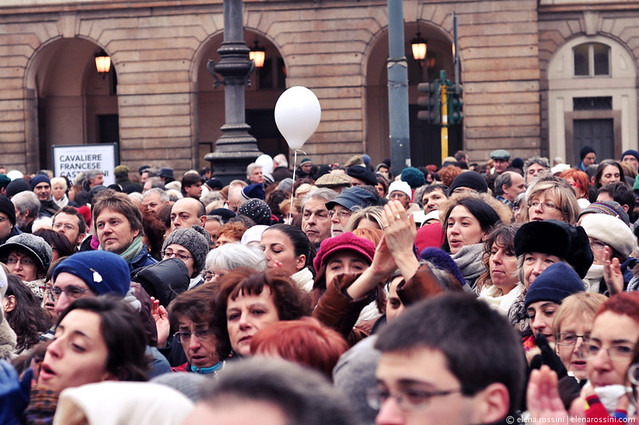 At the beginning of the protest, the crowds were small. Word spread around Milan’s center and more and more people gathered: so many that traffic was halted in nearby streets – people would stand in the middle of the road, in front of the theatre La Scala, to listen. The nearby Galleria Vittorio Emanuele was completely full, with people pushing, wishing to join in. The final tally: over 10,000 people. 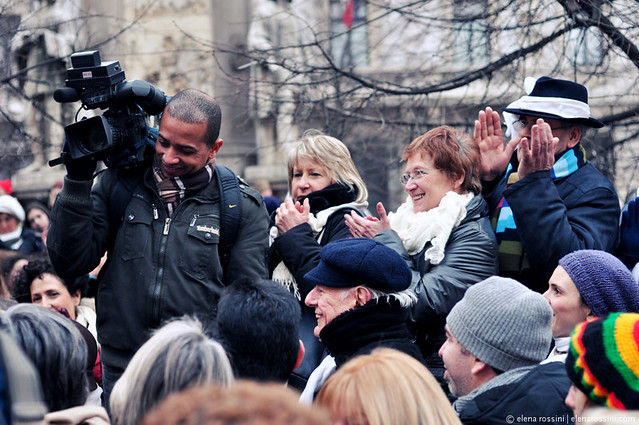 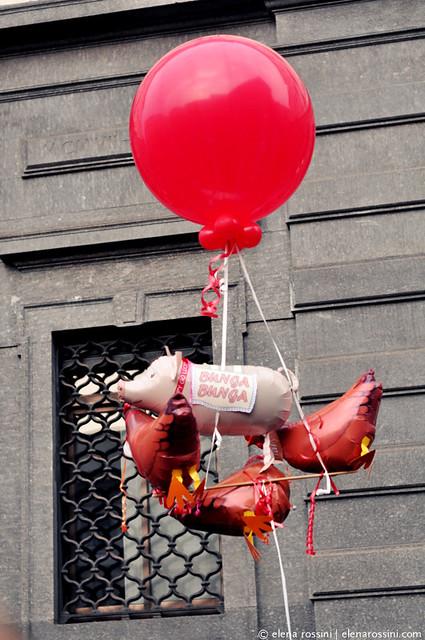 The full gallery is available here.