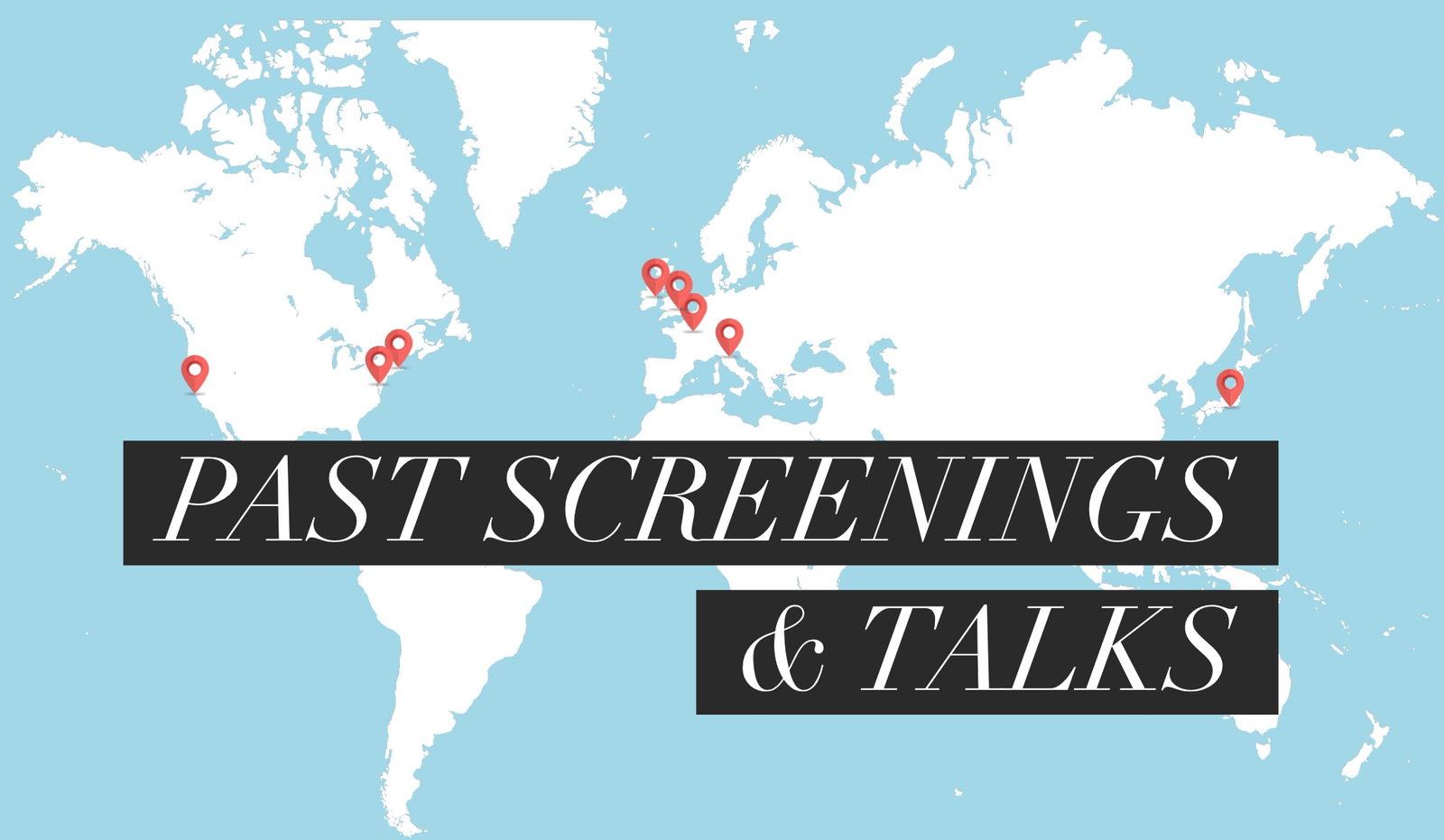 Multiple screenings and Q&As for high school juniors and seniors at the private school Saint-Jean-de-Passy.

Masterclass: a screening of The Illusionists, followed by a talk with visual artist Yolanda Dominguez.

Screening of the TV cut (51 min) of The Illusionists, followed by a Q&A.

Screening of the first three minutes of The Illusionists at the Women of the World Festival – at London’s Southbank Center. For the details, see: southbankcentre.co.uk.

Screening of The Illusionists‘ 14 minute preview at Art Night Venezia, an all night art exhibition in over 200 locations in the city of Venice. Locations: Venice’s Academy of Fine Arts and the University Cà Foscari. For the details, see: artnight.it (in Italian).

Presentation for the European Professional Women’s Network – at Deloitte’s.

“I’ve seen The Illusionists several times now and each day since, no matter where I am or what I’m doing, some part of the film will resonate with me.  Whether it is a quote (“We’re losing bodies like we are losing languages”), a statistic (the amount of time we are currently exposed to media and will be exposed to media in the future), or just the simple understanding of the impact that mass media has on every single one of us, no matter how secure we are, I no longer look at advertisements the same.  I have a better personal understanding of beauty versus glamour from this film and a better understanding of myself too.  To have witnessed the impact that this film had on everyone who saw it was incredibly moving for me.  I truly believe that I am a better social work practitioner as a result of the messages in The Illusionists.”

“The film was very powerful for me to experience personally as well as to hear the conversations at Towson afterwards. Body image, health, consumer culture and societal and gendered expectations of beauty are all topics that are part of our daily lives. For young college students as well as older adults dealing with aging, I think the film touched a nerve or two with everyone in the audience. I think the impact was to get us thinking about our part in this conversation and what we can be doing for ourselves and our physical and mental well-being.”

“The film took seven years to complete – seven years – and it shows. Elena produced an inspiring and touching film and introduced topics that I had never before thought about. I’ve seen the film five-times and would see it 500 more.”