The following is a guest post by Emily-Anne Rigal, the 17-year-old founder of WeStopHate.org 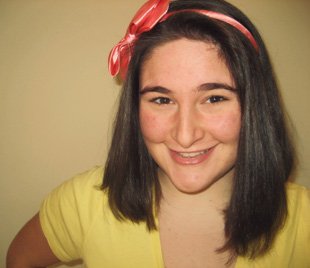 My name is Emily-Anne Rigal. I am 17-years-old and live in Williamsburg, Virginia. In addition to being a high school student, I am also an Internet Personality known as “Schmiddlebopper,” and the founder of WeStopHate, a nonprofit program raising “teen-esteem” (self-esteem in teens) through online videos. I am thrilled to share WeStopHate with you!

I was inspired me to create WeStopHate because in elementary school, I was teased for being overweight. Each morning, I crossed my fingers in hopes that it would not be a day when my teacher would let my class pick our own partners because I rarely had someone to pair up with. It was mortifying, leading me to eventually switch schools. Throughout middle and high school, my self-confidence gradually increased. The more I accepted myself, the happier I became.

At seventeen, I now know the benefits of embracing who I am, but memories are made to last – even the painful ones have a purpose. So my heart goes out to young people struggling with self-acceptance. I believe it is my life’s work to help others turn self-hatred into self-love.

To do this, I founded WeStopHate.org, which is now a grassroots movement changing the way teens view themselves. WeStopHate focuses on teen-esteem as a way to combat bullying because we believe teens who are happy with themselves won’t put others down. I spearheaded WeStopHate by creating videos telling my personal stories. 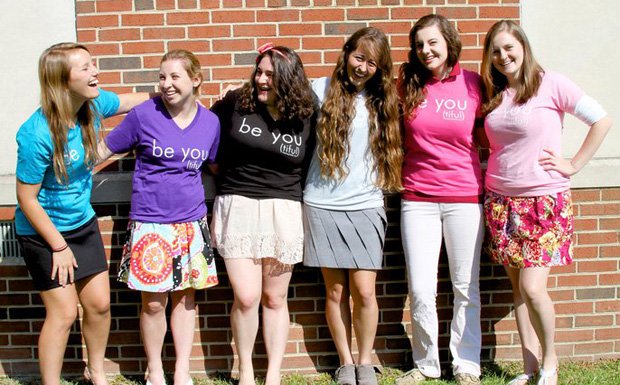 By exposing my inner thoughts and feelings, I put myself out there subject to ridicule. However, instead of criticizing me, teens respected my authenticity and responded to my honesty. It was as if there was a piece of me in each viewer. Having been the first to put myself out there, I led by example, and now many other teens have followed in my footsteps.

What I love about WeStopHate is that WeStopHate is for teens by teens. This has taught me that peer pressure, which is typically a source for negativity, can actually be a source for good because teens have the power to help other teens. I’ve also learned that young people are willing to do whatever it takes to prove they are tired of ignorance and hate.

Nearly every teenager who has made a video for WeStopHate mentions having felt insecure at one time or another because of his or her body. Yet, each one also points out that they believe it is their so-called flaws or imperfections that make them who they are. This leads me to believe that rather than focusing on the images we see the media, we should spend more time appreciating the images and people we see surrounding us in our daily lives – that is true beauty.

A video by Morgan Pritchett (@MoMo055650) for WeStopHate: