Here is a photo gallery showcasing the year… in 15 pictures: 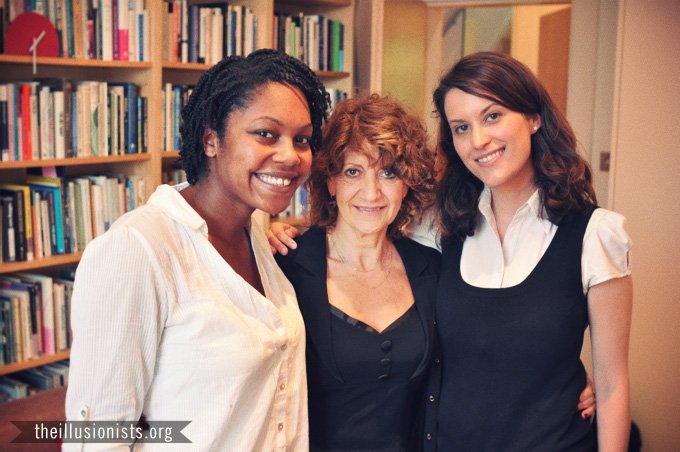 The first day of filming – an interview with renowned psychotherapist and author Susie Orbach (Fat is a Feminist Issue, Bodies) at her home in London, aided by assistant extraordinaire Stephanie (of the Stephanie Heart Project). 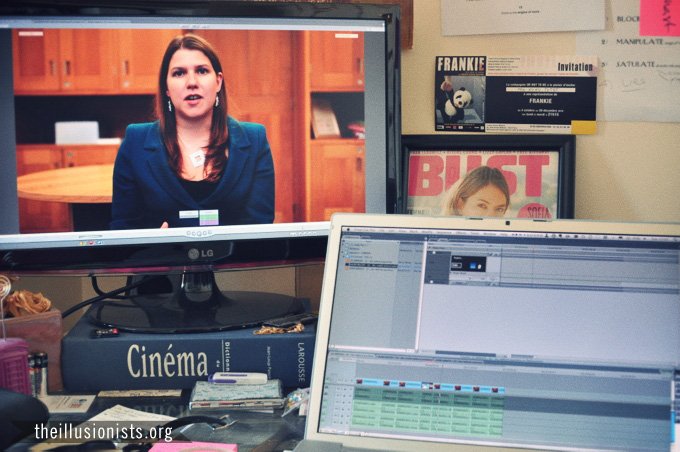 Back home, editing the interview with Jo Swinson MP, before a special ILLUSIONISTS presentation for the European Professional Women’s Network. 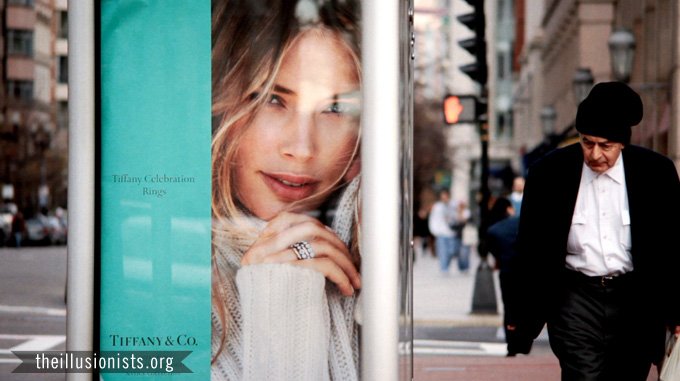 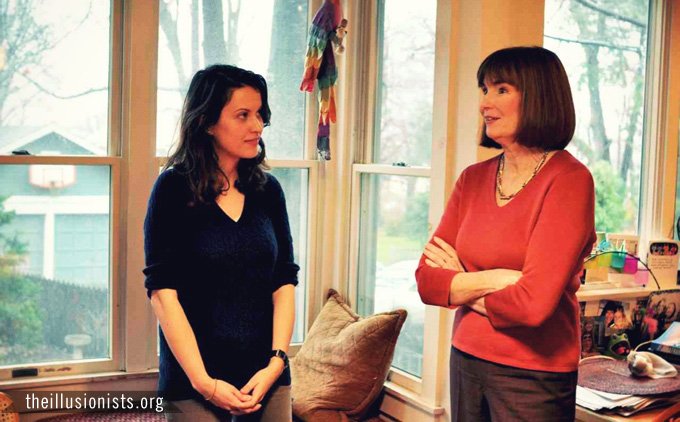 Talking to filmmaker and author Jean Kilbourne (Killing Us Softly: Advertising’s Image of Women, Can’t Buy My Love), right after her interview. 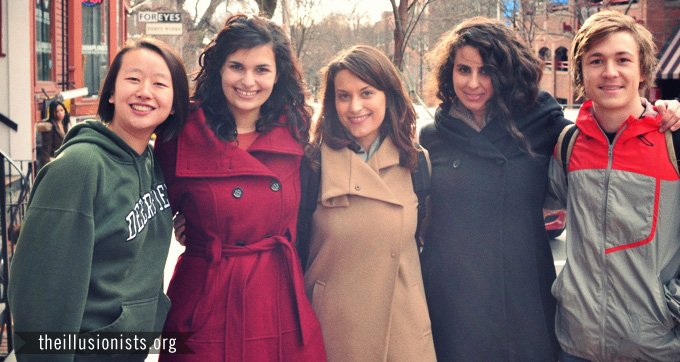 With my amazing Boston film crew. From left to right: Michelle, Reina, me, Karen and Erik. 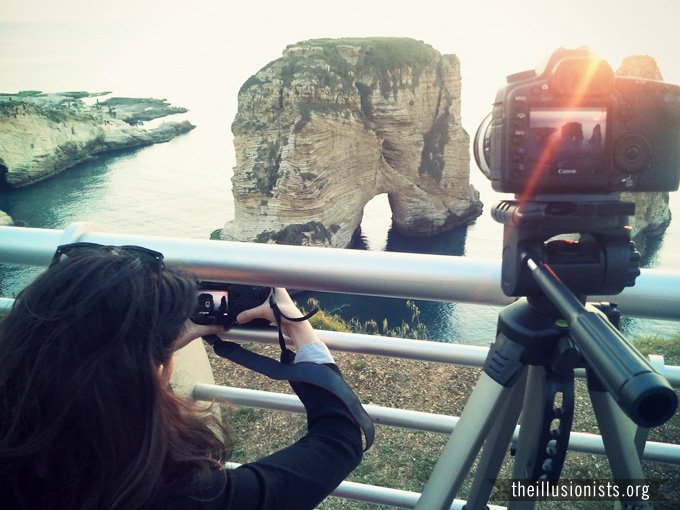 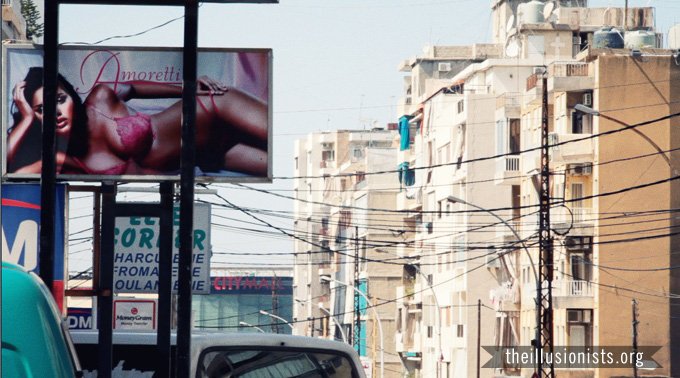 A film still taken while filming B-roll in Jdeideh, Lebanon. 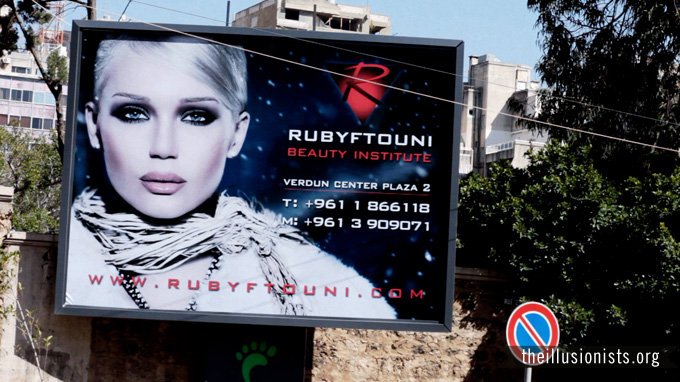 A film still from Verdun, a neighborhood in Beirut, Lebanon. 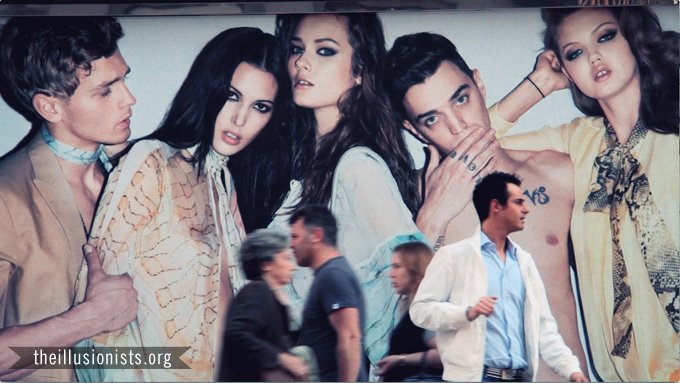 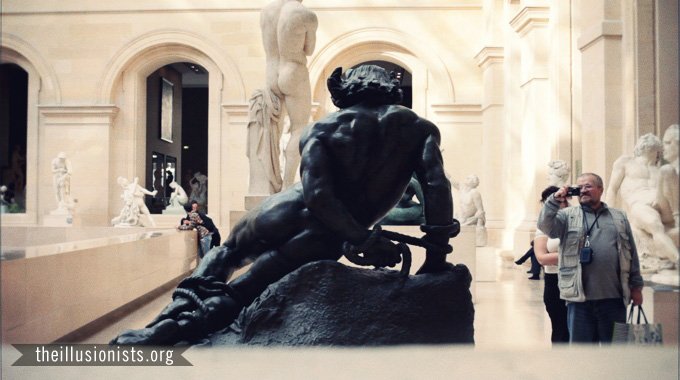 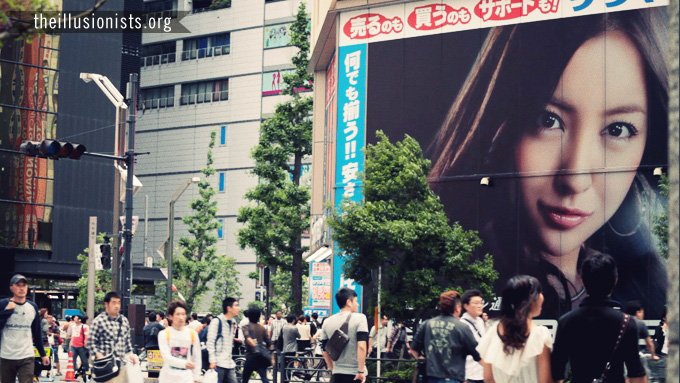 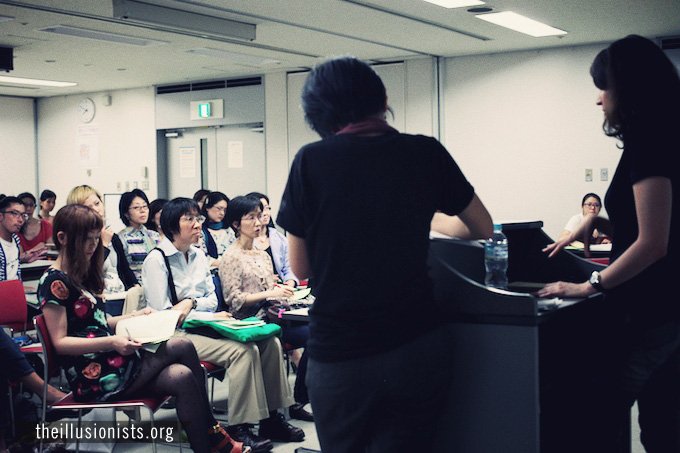 Here I’m giving a presentation about THE ILLUSIONISTS in Shibuya, Tokyo – the event was organized by the Asia-Japan Women’s Resource Center. 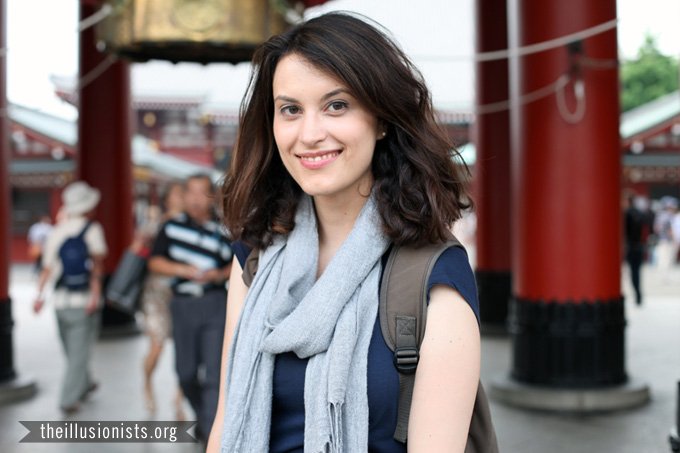 Taking a little break while filming B-roll in Asakusa, Tokyo. The weather forecast during my time in Japan predicted heavy rains every day. Result: when I wasn’t doing an interview, I would go out and film as much B-roll as I could. Because the weather forecast was consistently wrong, I ended up with over three hours of amazing-looking B-roll. Pondering over the possibility of making a second film with that footage (only half kidding). 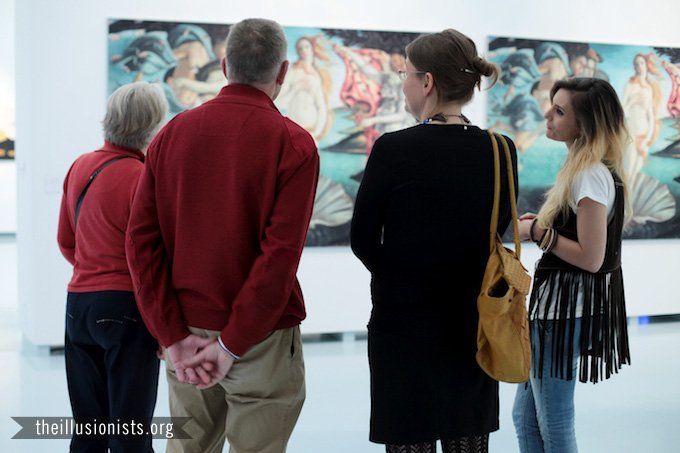 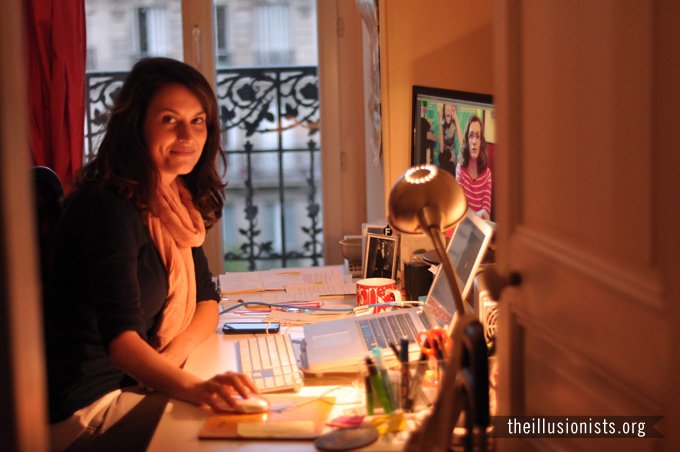 September 14th, 2012 – at home, editing THE ILLUSIONISTS. I’ve just completed a first (very) rough cut of the film. Planning to unveil a short demo of the film to the project’s Kickstarter backers soon…