Yesterday I went on an evening stroll around the Left Bank’s 13th arrondissement. My goal: to take photos of the advertisements displayed on street billboards and at bus stops — and to later analyze them. I have been particularly intrigued by the nature of the ads strewn all around Paris this week, for reasons that you will see below. There are two extremes at play here: a brand has a refreshingly diverse, inclusive attitude, while another indulges in some terrible, terrible badvertising.

But before we begin: a little side note. I define as a “badvertisement” (bad+advertisement) an ad that:
(a) objectifies girls/women
(b) sexualizes girls/women
(c) reinforces negative stereotypes
(d) uses sex gratuitously to sell a product

Orangina : Disturbing on So Many Levels

Orangina has been running the same ad campaign in Paris for over two years now, using drawings of hyper-sexualized animals in order to sell its orange-flavored soda. People at Orangina must like the concept so much, they keep using it.

These two billboards are ubiquitous in Paris this week, scattered across bus stops throughout the city. 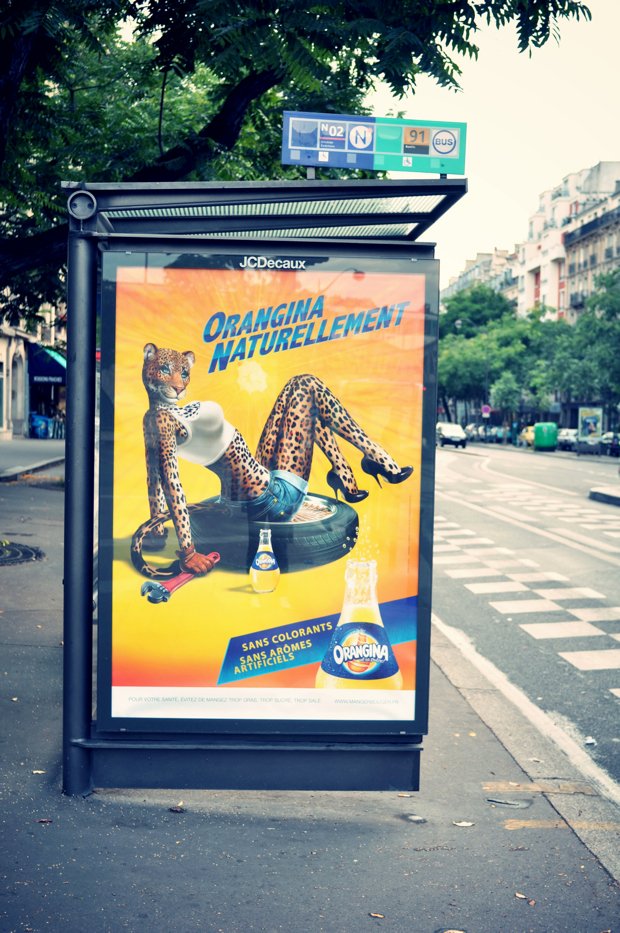 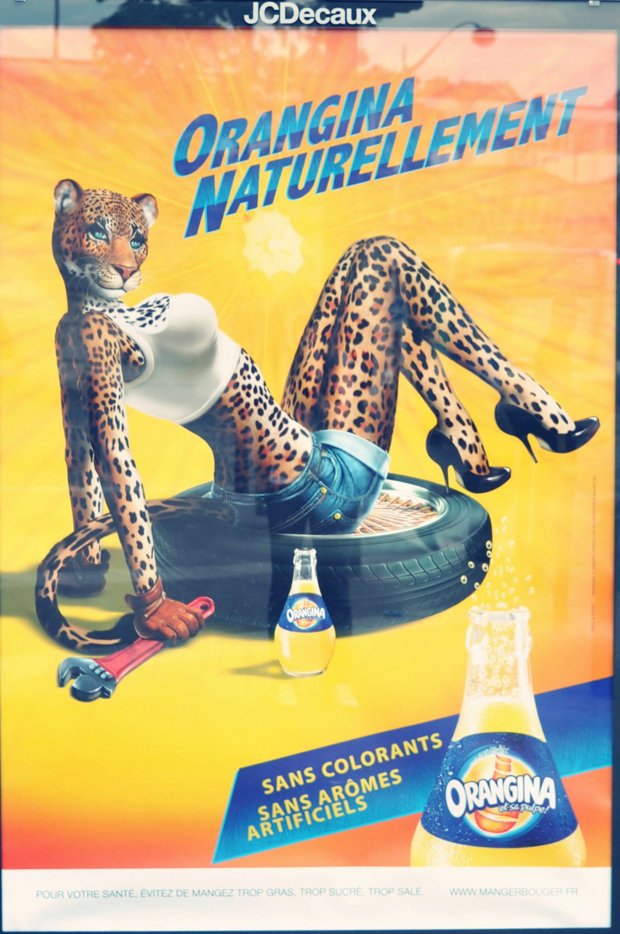 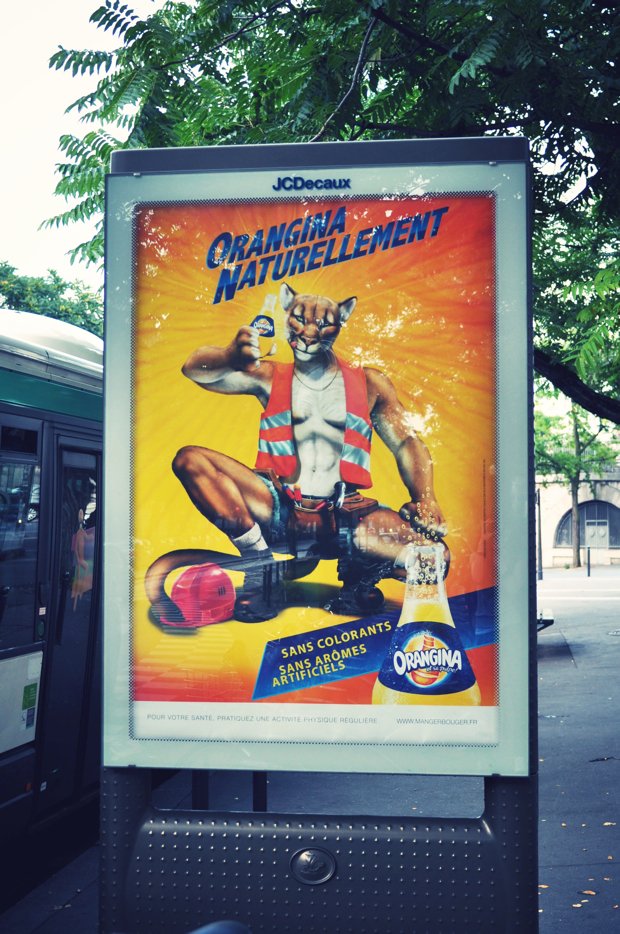 I wish I could have been a fly on the wall during the meetings that eventually lead to this campaign. Because this ad campaign didn’t appear out of thin air. There were brainstorming sessions by ad creatives, meetings with the brand’s executives, many many sessions in which they fine-tuned the drawings… So, I am amazed that something so controversial was greenlighted.

Here’s a rundown of disturbing points:

The objectification and sexualization of animals by Orangina doesn’t end with street ads. There are Orangina stickers in the windows of most Parisian bars and cafes. Here’s another photo that I snapped last night, in front of a closed café: 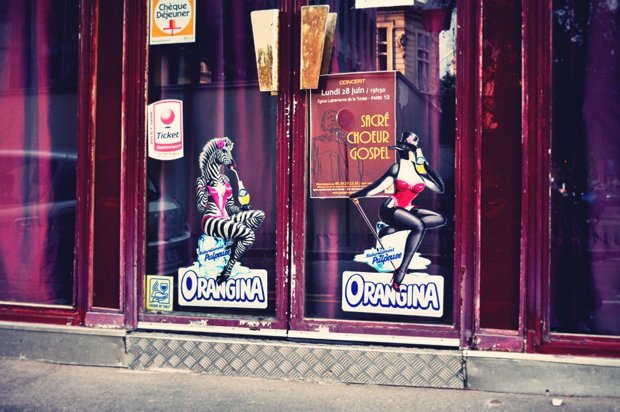 These advertising geniuses managed to sexualize even a penguin! I rest my case.

Evian : An Example of Diversity

While Orangina hit the badvertising trifecta, Evian managed to do an excellent job with its “Live Young” campaign. Here’s why: 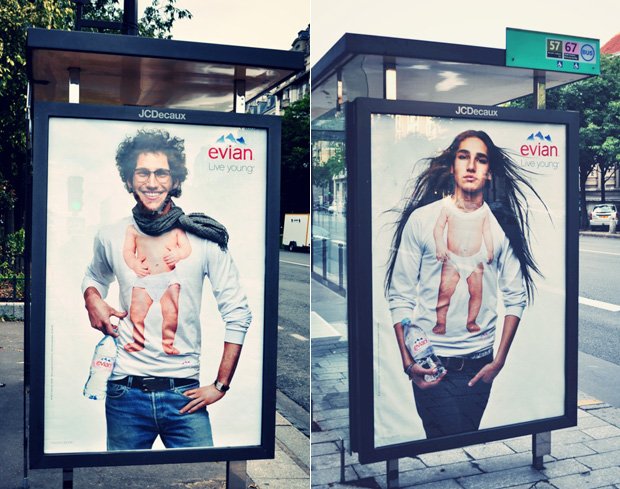 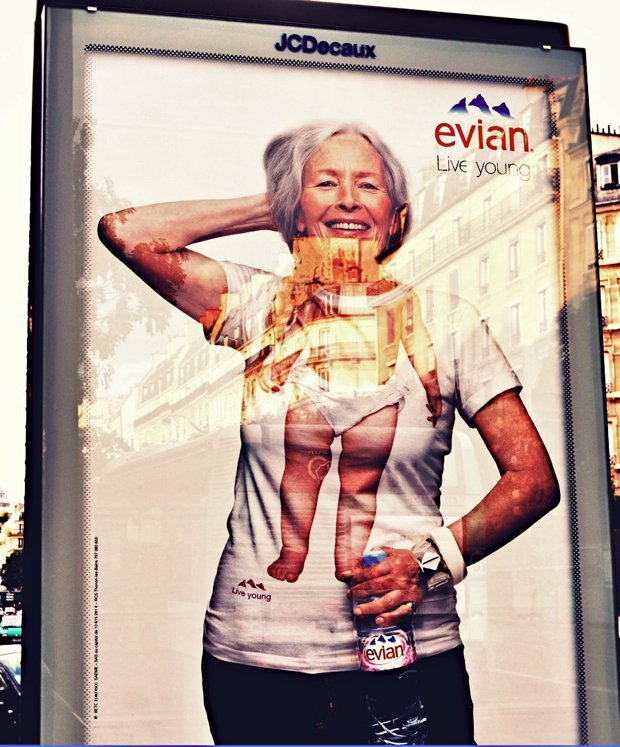 Advertising grade for Evian: A- (excellent advertising campaign that promotes diversity. Now, if they had had more body sizes, I would have given it an A. But still, kudos to Evian.)