This Sunday afternoon, May 22nd, hundreds of men and women gathered in a square by the Pompidou Center in the center of Paris to speak up against the sexist statements made by French journalists and politicians, following the arrest of IMF chief Dominique Strauss-Kahn. (To catch up, read “Times Topic: Dominique Strauss-Kahn”).

I have been closely following the coverage of the case on American, British, Italian, and French media – and I was indeed outraged by the declarations made by many French politicians, news broadcasters, and an army of pundits (psychologists, lawyers, authors, you name it). They could be classified in four different categories:

Outrage – as in, “How can you show photos and videos of a defendant in handcuffs? Everybody will think he’s guilty” (because in France there are strict policies against showing such images. And, more importantly, members of the French elite are virtually untouchable). The bottom line: “American law is too tough.”

Denial – as in, “No, I cannot believe this shocking news, it must have been made up. There is certainly a Machiavellian plot to destroy Dominique Strauss-Kahn and prevent him from becoming the next French president.” This, by the way, has been the dominant point of view in French media since news of the arrest first broke. To the point that, according to a recent poll, 60% of French people believe the charges are the result of a conspiracy. (All this despite the fact that DSK’s predatory and aggressive behavior towards women was an open secret in France).

Dismissal – as in, “Nobody died, why make such a big fuss about this?” Spoken by the former minister of culture and education Jack Lang.

And – most outraging of all – French media disclosed the full name of the plaintiff, the 32 year old maid originally from Ghana who has accused Dominique Strauss Kahn of sexual assault. Le Figaro and Paris Match even disclosed the name of her 15 year old daughter. Some radio programs and newspapers discussed the physical attractiveness of the alleged victim. Mon Dieu!

Here’s a partial translation by the Sidney Morning Herald:

For a week, we have been stunned by the daily surge of misogynistic remarks by public figures, widely broadcast on our televisions, radios, in the workplace and on social networks. We are angry, disgusted and outraged. We don’t know what happened in New York last Saturday but we know what has been happening in France for the last week.

The piece went on to say that these remarks clearly showed the impunity that reigns in France when it comes to public expressions of sexism.

These words tend to minimize the seriousness of rape, they tend to place it in a gray, more or less acceptable area, a sort of slip. They send a simple message to victims of rape – current and future ones: “Don’t press charges”. We want to remind everyone: rape and attempted rape are crimes.

The piece ended with a call to action, asking men and women to sign a petition and to attend a public rally this Sunday. I was there. Here are some of the photos I took: 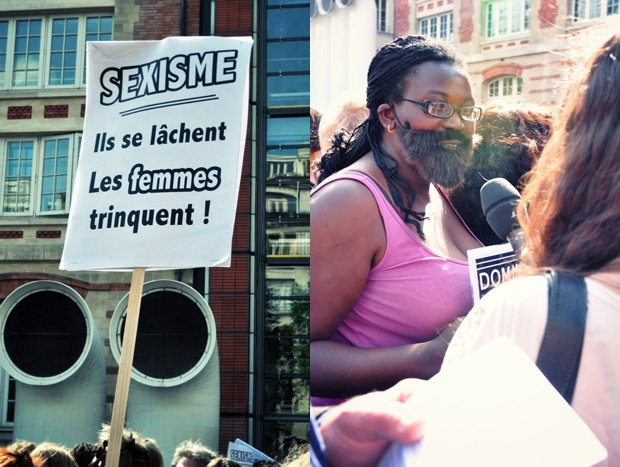 Right: a member of the group La Barbe, speaking to the press. 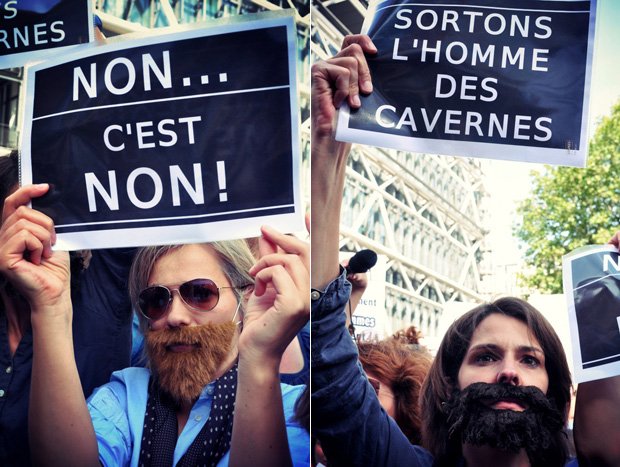 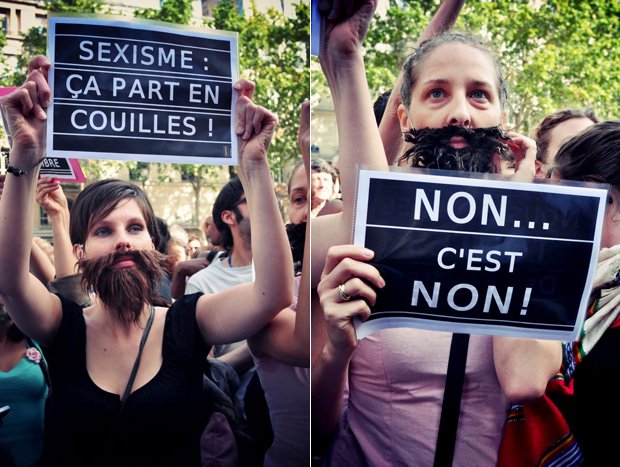 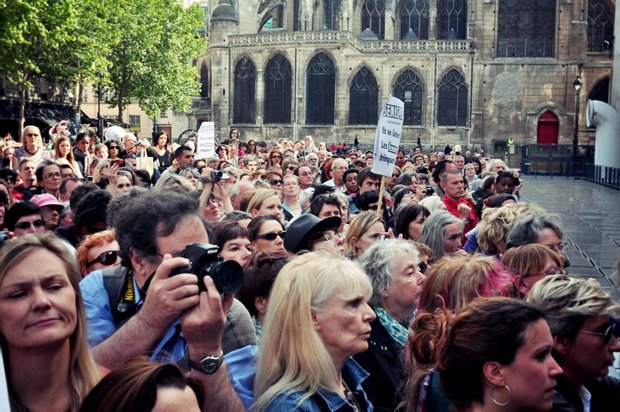 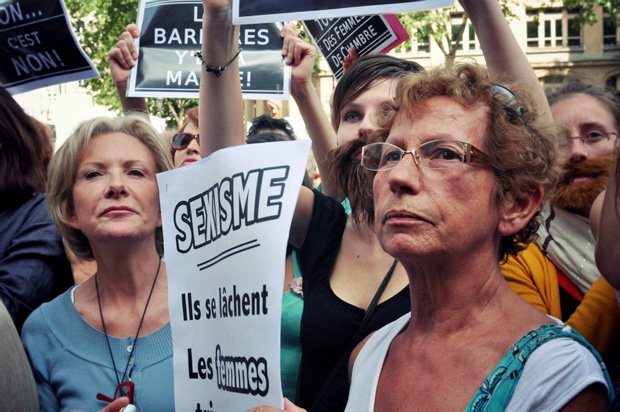 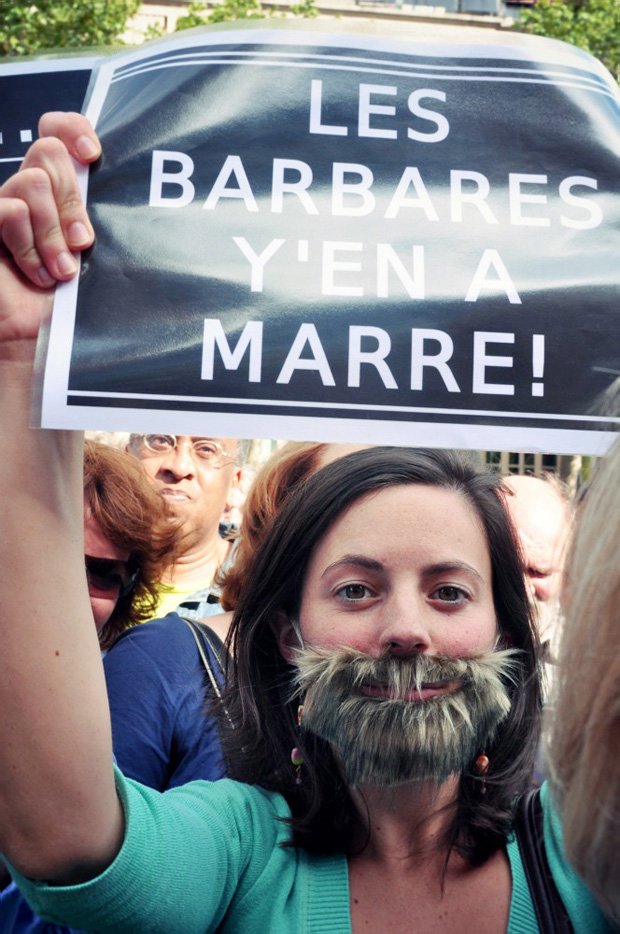 “We’re sick and tired of barbarians.”

According to La Barbe, 3,000 people attended the rally on Sunday and more than 15,000 people, in less than 48 hours, have signed the petition to end sexist reporting of the DSK case.