Guest Post: Using Mother-Daughter Book Clubs to Raise Confident Girls in a Culture Where Sexualization and Gender Stereotypes Are the Norm

The following is a guest post by Lori Day, author of “Her Next Chapter: How Mother-Daughter Book Clubs Can Help Girls Navigate Malicious Media, Risky Relationships, Girl Gossip, and So Much More.“

Years ago, as the working mother of a young daughter, I sometimes struggled to achieve that elusive work/home “balance” women often speak of so wistfully. I looked for ways to spend quality time with my daughter. One of the most fulfilling and most memorable undertakings of those years was the formation of a mother-daughter book club, a collaboration with my then-eight-year-old daughter and four other mother-daughter pairs that would last for six years. We all discussed the need to counteract stereotyped and sexualized girl culture with positive messages about who girls and women really are and what they can do. As mothers, we wanted to work together as a “village” to develop open communication with our daughters early on, so our girls would be listening (and talking to us) when all the marketing and media messaging aimed at girls needed to be deconstructed and kept at bay. We knew it was becoming increasingly difficult to raise happy, healthy girls with good self-esteem in our increasingly shallow, beauty-obsessed society. We felt we could do a better job at this together than separately.

I also remember noticing how few of my daughter’s books had female protagonists, and of the ones that did, how few of those portrayed women and girls in strong, positive roles. I noticed that girls did not seem to mind reading books about boys, but that boys had no interest in—and in fact avoided—reading books about girls. I started talking to other mothers, teachers, and colleagues about this, and found that they all observed the same behavior, and all felt frustrated by it.

Research supported my observation. For example, in 1996, a wonderful movie came out: the film version of Matilda by Roald Dahl. Great book, great movie. But the movie bombed at the box office, and its production company went on record saying it would produce no more movies starring girls, because they were money losers. Girls went to see the movie but boys stayed home, and thus the potential market was cut in half. This was the same dynamic that happened with books about girls. I recall a lot of mothers talking about this and feeling sad and outraged. Everyone wondered whether the Harry Potter series, which had just begun at the time our book club formed, would be receiving the same voracious following if it were about a Harriet rather than a Harry. Funny (and depressing) how these conversations so many years ago were not very different from the ones we still have today.

Around the same time that I was contemplating a book club, a woman named Shireen Dodson wrote a book called The Mother-Daughter Book Club, and another called 100 Books for Girls to Grow On. My local bookshop in Concord, MA devoted its storefront window to a display of Dodson’s books, as well as some of the books Dodson recommended girls read, all of which focused on strong female heroines. As my daughter and I walked past the bookshop, the display in the window beckoned to us and we went inside. My daughter immediately said, “I want to do that!”

Thus began the club that all roads had been leading to. Over time, as the girls got older, the mothers handed over the reigns to the girls, who chose the books we would read together each year. I can say without hesitation that our mother-daughter book club was the most extraordinary formative experience in my relationship with my daughter, and I cannot recommend it highly enough to any mothers looking for ways to expose their young daughters to female-centric literature, and to enrich their emotional bonds with their daughters. 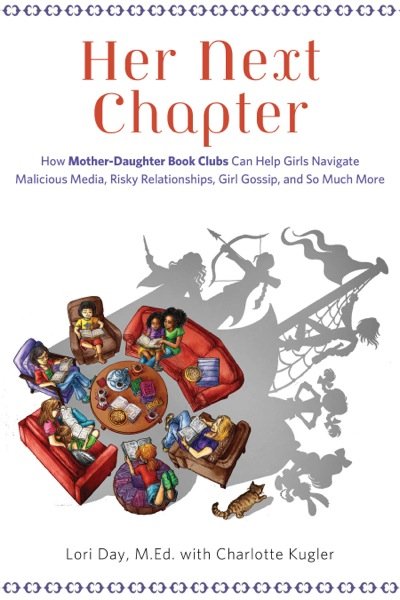 Now, fourteen years after starting our own mother-daughter book club, my daughter Charlotte and I have written a new book about a more modern version of mother-daughter book clubs. In a culture that is not always healthy for today’s girls, and that can make the job of raising girls feel intimidating or isolating, it is crucial for mothers to join together as “villages” to model positive femininity and guide daughters in ways that are uplifting and enjoyable. Our book, Her Next Chapter: How Mother-Daughter Book Clubs Can Help Girls Navigate Malicious Media, Risky Relationships, Girl Gossip, and So Much More, shows mothers how to form reading clubs that provide a vehicle for teaching media literacy to girls so that they learn to think critically about their lives as females.

Although much of the focus of our book is on what mother-daughter book clubs can do for girls, I can’t stress enough how much these clubs can do for mothers as well. Raising kids today is hard, and raising girls comes with its own unique set of challenges for mothers. There were times I felt confident about how I was parenting Charlotte, and other times I looked to the moms in the club for assistance—either through a direct conversation, or simply by watching what they modeled with their own daughters.

This learning from other trusted and respected mothers is perhaps one of the least discussed but most important benefits to a mother-daughter book club today, and here’s why. Over the twenty-five years I have worked with kids and parents, I have noticed a decline in the internal confidence mothers have about parenting. In my educational consulting practice, I am routinely involved with attentive parents who love their children deeply, but seem to need my advice on everything—from the smallest decisions like what music classes to sign them up for, to the largest, like how to help them stand up to bullies or how to get help for their teens’ depression. That’s fine and that’s my job. But what concerns me is how dependent on expert advice lots of mothers have become in recent years, as if they are birds that have suddenly lost their inner compass while migrating.

I have huge concerns about the parenting culture we now have, especially for mothers. Mothers are under constant media bombardment. You cannot open a magazine or browse articles online or tune in to Facebook without reading some version of how mothers are doing it wrong. Or can’t have it all. Or should have it all. Or are not following the “right” method for potty training or breastfeeding or violin instruction or fill-in-the-blank. And none of them, it seems, can regain their figures quickly enough after giving birth, like celebrities do. It is endless. Mothers need to seek less validation for their parenting decisions, to judge each other less, and to find more ways of forming genuine connections with other women who sincerely want to be their allies, not their “mompetitors.”

Mother-daughter book clubs are a way to sidestep some of these distractions and instead listen closely to other chosen mothers that you trust. They can provide a measured amount of communal upbringing that is sorely lacking in today’s world, and are a fantastic way of building community among mothers. Mother-daughter book clubs are not only a way for girls to find their inner voices, but for mothers to do the same. Together, from one generation to the next, we can change the world—one girl at a time, one book at a time, one voice at a time. Welcome to the village! 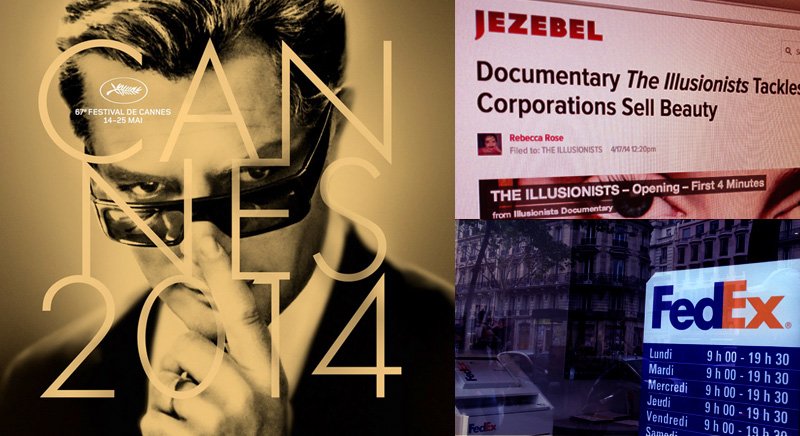